In 1853 a smallpox epidemic in West Marin killed a number of Indian ranch hands, two children and two sons-in-law of Gregorio Briones, owner of the Rancho Bolinas.

He donated a small plot in a pasture overlooking Bolinas Lagoon for a burial ground. Prior to this, those who died were usually buried on the property where they lived.

Over the years, the burial ground became known as the Briones Graveyard. From the beginning, it had two parts: Catholic and Protestant. When someone died, whichever clergyman was available presided. A recent census documents 170 burials and several unidentified graves.

Don Gregorio died in 1863. In his will, he requested that his heirs make the burial ground into a permanent cemetery. He also requested that a chapel be built so that people could pray for the repose of his soul. For unknown reasons, these requests were not carried out for more than 20 years., although people continued to be buried in the graveyard.

After the Civil War, there was a nationwide surge of temperance and religious fervor. Duxbury Grove 26 of the Ancient United Order of Druids, a national temperance and social organization, was established in Bolinas in 1875.

The cemetery is probably the oldest active cemetery in Marin. Current restoration work aims to complete a plan laid out by the Sacred Heart Fathers in 1914.

Pablo Briones, the eldest son of Don Gregorio, organized the construction of the church with the aid of the tiny local Catholic population, together with generous donations from the Protestant community.

The arrival of Swiss-Italian and Portuguese immigrants during the next 30 years swell congregation. The church was enlarged w? added 10 feet to its length. It survived the 1906 earthquake with minor damage; a bell tower was added in 1908.

St. Mary Magdalene Church and the cemetery behind it were formally deeded to the Archdiocese of San Francisco in June 1878. It has always been a mission church, serviced by priests from San Francisco ? Sausalito, then Novato until 1909.

At that time, the Sacred Heart Fathers, a missionary group active in the Pacific Islands, came to Olema to build a ? relaxation retreat house for their priests traveling ? and from Europe.

In return, the Sacred Heart priests served the widespread parish, called Our Lady of Lourdes, during their tenure. St. Mary Magdalene is among its four mission churches: Nicasio, San Geronimo, Point Reyes Station and Bolinas.

When the Sacred Heart Fathers left in 1935, the parish was divided. Sacred Heart Parish has included St. Mary Magdalene ever since. 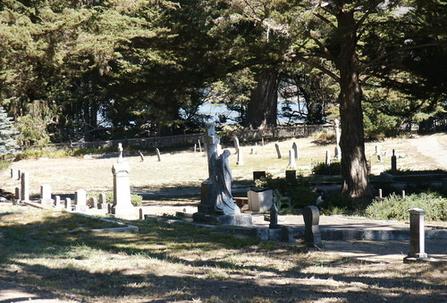 Visitors are most welcome to join us at Mass, tour our historic cemetery, prepare for one of the Holy Sacraments or ask for prayer. 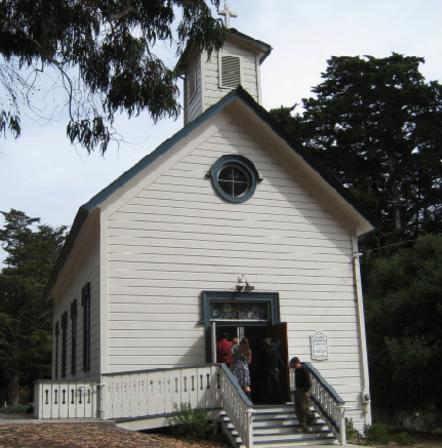 Confession is heard before the 10:30 a.m. Mass on Sunday or by appointment. 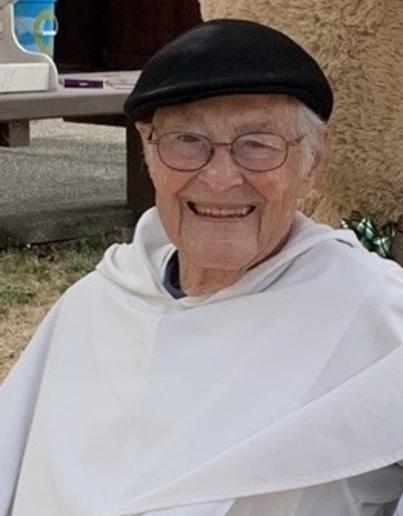