The Exposition of The Blessed Sacrament will be held the first Friday of each month from 6 to 7 p.m.

Please come and pray with us.

Our Lady of Guadalupe Shrine. 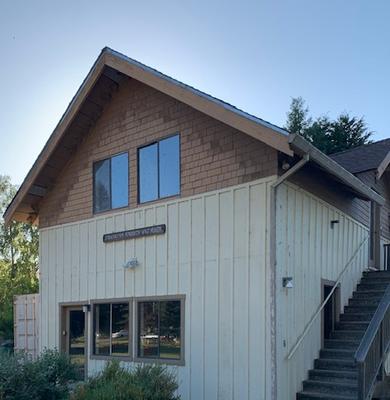 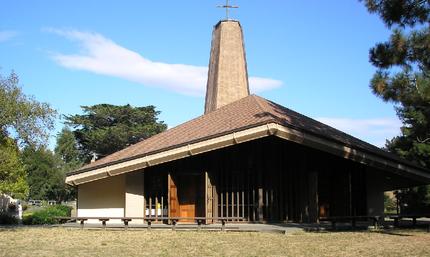 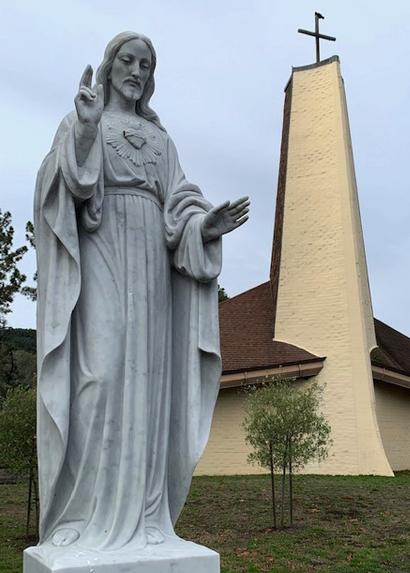 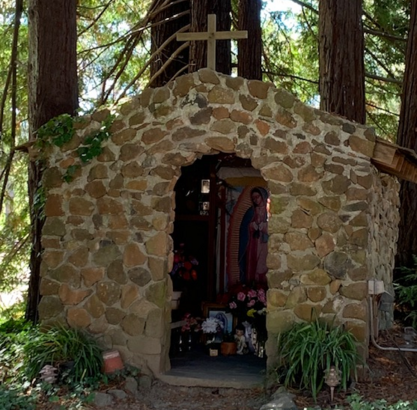 In 1860, the United States Federal Census listed 40 persons as residents of Olema. The first settlers mostly Mexicans, followed by the Swiss-Italians, Irish , and later Portuguese.

The parish of Our Lady of Lourdes, Olema, was established in 1891 and in 1892, a frame church was erected on Sir Francis Drake Blvd., Olema, under the pastorate of Rev. J. Valentini.

The Sacred Heart Fathers, Belgian province, took over the Olema parish in 1909 and served for 26 years.

The 13-room parish house, known today as the Old Rectory, was erected in 1911 with two priests in residence who, traveling by horse-and-buggy or bicycle, served a wide area including Nicasio, Bolinas, and San Geronimo.

The house was often full and also used as a place of rest for visiting missionaries, some of them from Molokai, the leper colony in Hawaii. Its stately palm trees, old rose bushes and quaint remnants of the once-lovely gardens are reminders of its rich history.

In 1914, the Point Reyes Station church, completed under the direction of acting pastor Father Emil Roger.  Both churches existed for a time. The frame church on Sir Francis Drake Blvd. was decommissioned in 1923.

Father Dermody was given permission to tear down the old Olema church (Our Lady of Lourdes) and the altar was transported to Point Reyes.

In 1987, the Point Reyes church was decommissioned and sold to the Dance Palace Community Center.

Contemporary in style, it faces the Bear Valley area of the Point Reyes National Seashore and seats more than?   A new priest's house was built in 1992.

In the early 1930's, catechism was taught in the Olema Parish House, moving to the Red Barn (until it was sold and became  the Green Barn) in Pt. Reyes Station in the 1940s when release time for children was initiated.

"Release time" was when children would be released from school during the school day and bussed to Catechism classes.

The parish's annual St. Patrick's Day BBQ was also held there before it moved to the Dance Palace. Today, there is an active CCD program serving the families of the parish.

Sacred Heart Women's Club, long supporters of the parish, disbanded in 1995 so its members could better serve on parish event committees. The Parish Council and Finance Committee, established in ?, "guide the community in ongoing spiritual assistance and aid the pastor in enabling the people of the parish to carry out the work of the Church."

There is a thriving Hispanic community that has, among many contributions, provided an covered shrine to Our Lady of Guadalupe on the parish grounds. A parish library officially opened in 1994 featuring an extensive collection of religious and secular books.

Helping Hands, now on hiatus, was established as a group of volunteer parishioners, assisting in the bereavement process by providing transportation, food, flowers, hospital visits, and written greetings to those who are ill.

Sacred Heart Church is the home church for Roman Catholics living in the West Marin communities of Olema, Pt. Reyes Station, Inverness, and the surrounding areas.

Visitors are most welcome to join us at Mass,  share coffee hour with us on Sunday, prepare for one of the Holy Sacraments, ask for prayer or stop in to pray at the shrine to Our Lady of Guadalupe anytime. 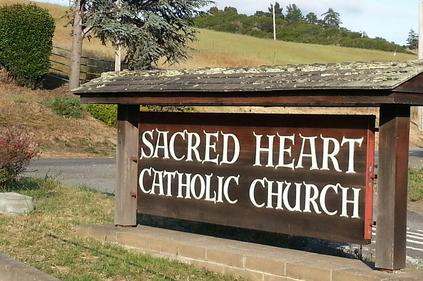 A statue of St. Francis of Assisi stands among flowers that buzz with bees and butterflies.

The Sacred Heart of Jesus statue near the front of the church. 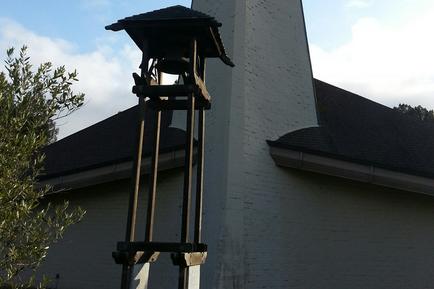 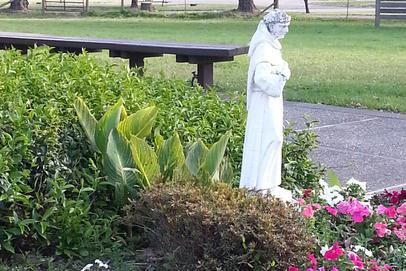